It’s the game we bring out for guests or late at night on holiday with family, the staple for board-game-day with friends: Monopoly. If you take a closer look at the label, it says this game was created in 1935 by Hasbro Games. But, in reality, Monopoly was created 32 years earlier by the long-forgotten and uncredited Elizabeth Magie.

Elizabeth Magie was born in 1866 in Illinois. She was the daughter of a newspaper publisher and orator, James Magie, who travelled with Abraham Lincoln in the 1850s. She inherited her father’s passion and said she was “described as ‘a chip off the old block’”, which she took as a compliment. She also disregarded gender stereotypes in that she did not try to find a husband until age 44, and instead chose to work as a stenographer by day and a comedian by night. She was reported to draw huge laughs from the crowd. 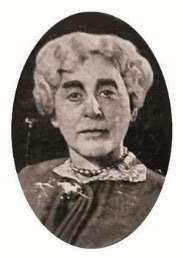 Image description: a black and white portrait of Elizabeth Magie as an old woman.

Her father, James, ran for office soon after the Civil War and lost because of an anti-monopoly ticket in Illinois. At the time, a ‘monopoly’ granted someone the sole right to sell their products. For example, if someone had a monopoly on leather bags, no one else in the country could sell leather bags.

Elizabeth Magie was also influenced by the anti-monopolist book Progress and Poverty, by Henry George. George believed that although anyone had the right to anything they created, land belonged to everyone. He also wished to abolish all taxes except one, which would be imposed on ‘idle landowners’.

Given her creative background and respect for Henry George, Magie created a board game named The Landlord’s Game to illustrate his views. She described it as “a practical demonstration of the present system of land-grabbing with all its usual outcomes and consequences.” Unlike the general premise of Monopoly nowadays, Magie’s game was meant to discourage the feudal wealth system and protest the American monopolists.

Magie hoped The Landlord’s Game would inspire reforms. Two years before she patented her idea, she said, “Let the children once see clearly the gross injustice of our present land system and when they grow up, if they are allowed to develop naturally, the evil will soon be remedied.”

Magie’s game was supposed to highlight the devastating effects of monopolies by showing the anti-monopolist structure as more favourable. Instead, the monopolist rules became more popular, defeating her intentions.

Despite the interest of some left-wing academics, the game never took off among the public.
In 1934, a man named Charles Darrow brought his version of the game to the Parker Brothers, who manufactured games. The new game, which was Monopoly as we know it today, quickly took off. The Parker Brothers were quick to hide all mention of Elizabeth Magie, printing this false story onto the instructions instead:

“In 1934, Charles B. Darrow of Germantown, Pennsylvania, presented a game called MONOPOLY to the executives of Parker Brothers. Mr. Darrow, like many other Americans, was unemployed at the time and often played this game to amuse himself and pass the time. It was the game’s exciting promise of fame and fortune that initially prompted Darrow to produce this game on his own.”

This exciting backstory about the Great Depression was far better for game’s image than the truth, which was that an old, anti-monopolist woman created it over thirty years earlier. In order to bury the true story, the Parker Brother offered a sum of $500 and no royalties to Magie. She was quick to accept when they promised to sell copies of The Landlord’s Game as well, in order to promote her economist views. 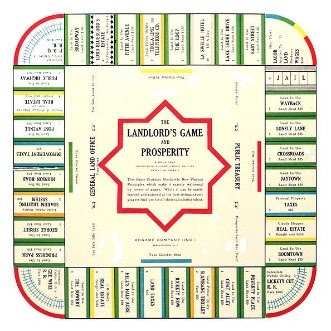 Image description: Magie’s original ‘Landlords Game’, set up similarly to a modern Monopoly board but with different property names.

However, after selling just a few copies, the Parker Brothers buried The Landlord’s Game and enjoyed the fortune they made off Magie’s idea. Charles Darrow became the first ever millionaire game designer in history, while Elizabeth Magie and her views were forgotten.

This instance is just one example of people erasing women’s efforts from history. When trying to argue women have never been given the opportunities they deserve, I often find that misogynists reply with something along the lines of, “women have never contributed to history, so they therefore do not deserve to be treated as humans.”

Not only does this view spawn from a place of unfounded prejudice, the fundamental argument is flawed. Cases such as Magie’s prove that women have contributed to history, but their achievements are claimed by men. As a result, we are left with the impression that women have stayed quietly at home doing nothing for the last 2,000 years.

Finally, some of these women’s stories are being revealed, and they are getting the credit they deserve. However, most people don’t know about Elizabeth Magie, and Hasbro has made no attempts to undo past damage. Similarly, there are thousands of people who broke through significant barriers who are still swept under the rug.

We may not be able to undo the past, but we can still acknowledge it. Hopefully, more of these secrets will come out, one by one.