Showing posts from December, 2017
Show All 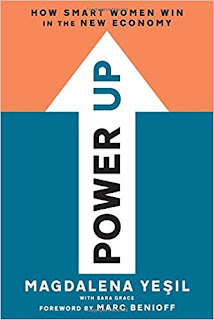 Review:  Power Up: How Smart Women Win in the New Economy by Magdalena Yesil (Review copy provided courtesy of the publisher) Magdalena Yesil travelled from Turkey to the United States to go to college and became a pioneering entrepreneur in Silicon Valley. Most recently, she’s known for early investment in Salesforce, now a multibillion dollar company and cofounder of Broadway Angels, a group of female investors that invest in start-ups. Power Up is written for women building careers in tech, but really, it is applicable to anyone building a professional or business career. Yesil offers realistic advice about building a career in male dominated business including guidance on topics that people (but especially women) can struggle with, like sexual dynamics, getting credit for work and pay imbalances among other things. It’s an effortless book to devour, mostly because Yesil’s voice comes through clear, personal and genuine. Her story is inspiring and you are immediatel
2 comments
Read more 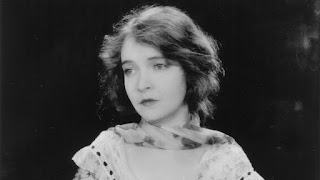 Lillian Gish was one of the most influential and famous actors in Hollywood’s history. Her first film was in 1912 and a career spanning seventy-five years followed. Gish’s partnership with pioneering director D. W. Griffith is regarded as one of the greatest collaborative relationships of all time. Some of their films include Way Down East (1920), Intolerance (1916), Broken Blossoms (1919) and the controversial, and highest grossing film of the silent era, The Birth of a Nation (1915). Not only having a successful acting career, Gish was also a writer, director and producer. She received an honorary Academy Award in 1971. As the years passed, the media dubbed Gish “The First Lady of American Cinema.” Lillian Diana Gish was born on the 14 th of October, 1893, in Springfield, Ohio. Her father left when she was young. Running low on money and with nowhere else to turn, Gish’s mother, Mary, and her daughters joined a group of traveling actors. Gish and her sister, Dorot
2 comments
Read more
More posts