Showing posts from July, 2018
Show All

Review of Consent Laws: An Update 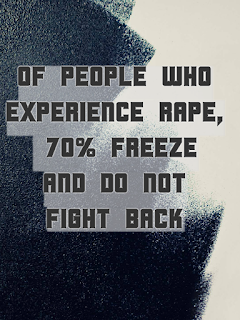 As I’ve written previously ( click here ), the laws surrounding sexual consent in NSW have a patchy grey area. In NSW, when someone is on trial for sexual assault, the crown has to prove beyond a reasonable doubt that the complainant did not consent. NSW laws are structured in a way that puts the onus of proof on the victim: the victim must prove they did not give consent. The best practice example of consent laws in Australia is said to be either Tasmania or Victoria, wherein (according to Anthony Whealy QC, a former Justice of the Supreme Court of NSW): “the crown must prove that the complainant gave free agreement to sexual intercourse taking place ... and the judge is asked to direct the jury that if the complaint said or did nothing at the time of the sexual intercourse, that means she did not give her free agreement.” As I’ve stated previously, this change switches the focus from the complainant to the accused. In this case, instead of focusing on the ways the complainant
1 comment
Read more

Healing After an Abusive Relationship

July 17, 2018
Trigger Warning: The following piece is a personal account and includes mentions of assault, self-harm and trauma. Sociologist Michael Kimmel says “feminism expects a man to be ethical, emotionally present and accountable to his values in his actions with women – as well as other men.  Feminism loves men enough to expect them to act more honourably and actually believes them capable of doing so”. If you feel let down by this statement, I don’t blame you.  If you feel your experiences preclude you from maintaining faith that men can be and are capable of being “ethical, emotionally present and accountable”, you are not alone. ______________ I want to tell you one particular story of mine, one I am just now gaining the courage to talk about.  I was in a toxic and abusive relationship for over four years.  Even though I identify as a survivor, I am also struggling to effectively apportion responsibility and blame, to put back together my self-esteem, and learn to trust myself ag
4 comments
Read more 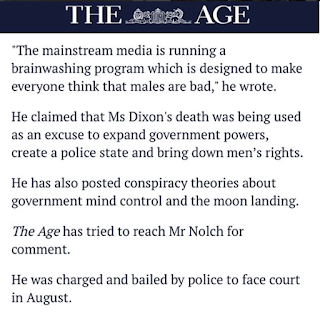 Andrew Nolch is the man arrested for defacing Eurydice Dixon’s memorial. This caused a lot of pain, and a lot of anger. And Nolch has told The Age  that he defaced the memorial as a sort of protest, in his words: “I was upset, and I want to make this clear, this was not a personal attack at all...this was purely an attack on feminism, on mainstream media for hijacking a vaccine-causing issue and turning it into a men are bad, women’s rights issue” As the autism vaccine “theory” has been debunked so many times it’s been turned into a meme, I’m just going to focus on Notch’s anti-feminist angle, and the idea that he was angry about how men are being portrayed in the media. His statement made me wonder which type of feminism Nolch was attacking. Was it liberal feminism? Eco-feminism? Radical feminism? I mean, these can have differing aims, sometimes at odds with one another (see: the feminist discourse around porn) so I wonder which he was protesting?  Ok, I know I’m being f
1 comment
Read more
More posts