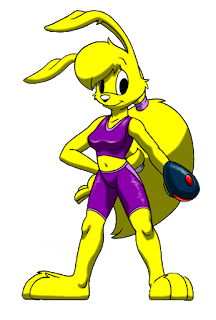 There’s been fair amount of discussion in recent years about women in gaming.  In feminist spaces, much of it has centred around what happened to Feminist Frequency’s Anita Sarkeesian when she so much as dared to start a conversation about it on YouTube, and think pieces and op-eds abound about the various ways in which women are depicted and discriminated against both in games and in the industry.

Women and girls have not just recently wizened up to sexism in games, though. It’s been sitting uncomfortably with many of us for most of our lives.  I went the path so many 80’s girls took when they saw pathetic, stereotyped, damseled female characters all around them in media; I tried to emulate the boys. I went with a “if girls are really as silly as they are shown to be, then I want nothing to do with them!” attitude, proudly proclaiming I liked boys’ toys and shows, boys’ clothes and boys themselves (though strictly platonically). I devalued the feminine, not because I naturally gravitated to so-called “masculine” tastes, but because I saw all things feminine as frivolous and shameful.

In 1998, when my favourite video game brought out a sequel (Jazz Jackrabbit 2) that contained a playable female character for the first time, I wasn’t openly excited about her. (But I was secretly excited).  After a few attempts at playing her, though, I was thoroughly disappointed.  Lori, the yellow rabbit in a purple jumpsuit, was underpowered compared to her brother characters (“Jazz”, and the politically incorrect “Spaz”).  Many of the game’s collectables were in high places that required a vertical power-jump to get to, and Lori didn’t have one. Indeed, by the time you reached the level “Skelton’s Turf”, you couldn’t even get Lori up the platform to continue on.  She was stuck there.  Not only that, but when left idle, Lori would take out a mirror and primp and preen herself. She had a girly high-pitched voice and made silly little “hup!” sounds each time she jumped, and squealed when she got hurt.  Dreadful! I was never playing her again!

My sister and I ran the game hundreds of times until the novelty wore off some years later.  At age 30, I still play video games from time to time, but not seriously nor competitively. I haven’t bought a new one in years.  Just recently, however, I had a wave of pop culture nostalgia that our generation seems so prone to, and dusted off my old JJ2 game for the first time in at least 13 years.

Of course I played Jazz to begin with. But having come into feminism these last few years, I was curious to try Lori again.  I quickly remembered that she was unable to get to the high points the traditional way, but this time I didn’t give up on her (or myself) so quickly.  I was determined to play her through all the levels, something I never did as a kid. I learned a great many skills this way, and saw Lori’s story as quite the metaphor for the real world.

Without boring non-players with too many details, Lori has a powerful side-jump (similar to, but more effective than Spaz’s) and her brother Jazz’s helicopter ears.  Like both boys, she can also run very quickly.  Because I was forced to make do with this, I started thinking creatively with Lori. I figured out how to use certain weapons to shoot down the high objects, detonated bombs to blow myself back up into otherwise impossible to reach places, speed jumps to soar across platforms and her side-jump to mow down enemies in brutal fashion.  I became very dexterous with my fingers, and soon mastered the art of speed jumps to the point that I was able to get her up the forbidding platform in “Skeleton’s Turf”.  I not only played her through all the levels, but had more fun doing so.  It was a challenge, for sure, but because I had to use divergent thinking, I also discovered hidden gems, coins and munitions I had never, in my several hundred run throughs as Jazz and Spaz, discovered before.

Does Lori have to work harder to get the things so easily accessible to her brothers? Yes. Does she have to come up with plans and strategies to obtain things that the boys can get in a single bound? Yes. Does she have to navigate through a level that was clearly designed for her male counterparts, but thoughtlessly left her and her unique abilities out? Absolutely.  Was it fair to her or her female players? Absolutely not.  But despite all this, Lori can still get through. She can still get almost every single fruit, gem and coin available to her brothers, and unlike their lazy asses, she does it in style.

Now, when at the end of a level made ridiculously hard for a girl bunny, Lori whips out her mirror and says “M-hm, piece of cake!” I smile to myself. You did it, girl!  You broke this glass ceiling and you proved to me that we all can.  I am not for one second saying that this is something girls and women should have to do in the first place. What I am saying, though, is if this is the level we find ourselves at right now, don’t think for a moment it’s unbeatable. Even in a world designed by and for boys, we girls can still triumph (and look good doing so).  I never realised just how powerful Lori’s side-jump was until I played her consistently. Now I won’t play without it.

Lori is my new favourite character, and I want to be just like her.