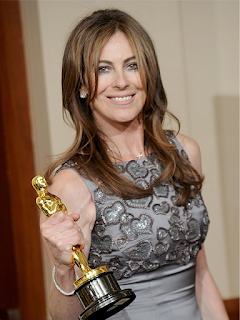 Being nominated for Best Director is one of the most prestigious honours the Academy Awards has to offer. It’s the ultimate form of respect for a director’s hard work and achievements. Among the chosen are some of the greatest directors of all time, but only four women have been nominated since the Academy’s introduction in 1929. They are Lina Wertmüller, Jane Campion, Sofia Coppola and Kathryn Bigelow. Out of this list, only Bigelow has won the award for The Hurt Locker in 2009. 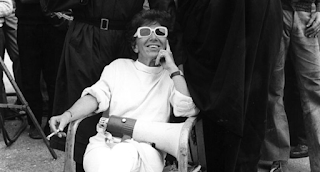 An Italian director born on August 14 1928, Wertmüller was nominated for Seven Beauties in 1976.

The film follows the story of Pasqualino Frauso (Giancarlo Giannini) as he goes AWOL from the Italian army, during World War II, only to be captured by Germans and thrown into a prison camp.

The movie was the tenth written and directed by Wertmüller, but is her most well-known. Her films are noted for their arthouse-style and focus on political and social issues. Some of her other celebrated works include The Seduction of Mini (1972) and Swept Away (1974). Wertmüller had a number of positions in the Italian film industry – puppeteer, actress and stage manager – before she made her directing debut, The Lizards, in 1962. She learnt of her Oscar nomination while on the set of her first English-speaking film, A Night in the Rain. Unfortunately, Wertmüller’s career petered out after her Seven Beauties fame.

It was also the first foreign film nominated for consecutive Academy Awards. It lost Best Director to Rocky.

It would be another seventeen years before a woman was nominated for Best Director. 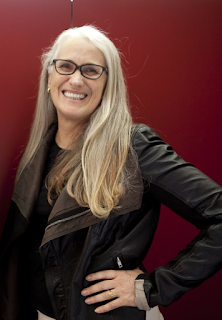 New Zealand-born director, Jane Campion, began to make an impact early on in her career. She was a household name in her native country when The Piano started to gain international recognition.

The Piano is a drama, set in the mid-nineteenth century, about a mute piano player, Ada McGrath (Holly Hunter), and her daughter Flora, played by Anna Paquin.

Campion was born in Wellington, New Zealand, on the 30th of April, 1954, to artistic parents. She showed a creative side from a young age, but went to university to study anthropology. Campion quickly changed to a film-based degree.

She has directed The Portrait of a Lady (1996) and Bright Star (2009), among others. Campion’s films are famous for their strong female ensemble casts and feminist undertones.

Though Campion didn’t win Best Director, she did receive the award for Best Original Screenplay. Steven Spielberg won with Schindler’s List. However, The Piano did win the Golden Palm at the 1993 Cannes Film Festival, the highest prize awarded at the French festival. Campion is the only female filmmaker in history, so far, to do this. 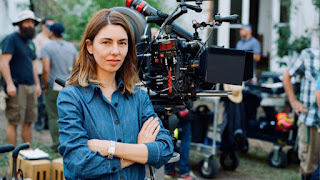 Born on May 14th, 1971, Sofia Coppola is the daughter of legendary Hollywood director Frances Ford Coppola, who is best known for The Godfather trilogy.

Being her father’s daughter, film has always been in Coppola’s life. She played Mary Corleone in The Godfather: Part III (1990) and Saché in Star Wars: Episode I – The Phantom Menace (1999). Critics labelled her Godfather performance as wooden, but Coppola knew her future lay on the other side of the camera. She has directed movies such as The Virgin Suicides (1999), Marie Antoinette (2006), Somewhere (2010) and The Bling Ring (2013).

In 2003, Coppola’s work on Lost in Translation was nominated for Best Director. Starring Bill Murray and Scarlett Johansson, it follows the adventures of Bob Harris and Charlotte – a washed up movie star and a photographer’s neglected wife – as the two form an unlikely friendship in Tokyo, Japan.

Coppola lost to Peter Jackson, with The Lord of the Rings: The Return of the King, but left the Academy Awards with Best Original Screenplay.

Coppola received the Best Director award, for her current film, The Beguiled, at the 2017 Cannes Film Festival. 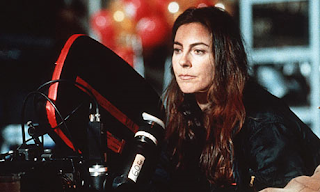 Bigelow was born on November 27, 1951, in San Carlos, California. She was inspired by her father’s cartoon drawings as a child and went to university with the intention of studying painting. She graduated from Columbia University in 1979 with a Master’s Degree in film theory and criticism.

The Hurt Locker stars Jeremy Renner, as a bomb squad Sargent in the American military, and won six Academy Awards in 2009. The film won Best Picture and Bigelow became the only woman to win the Best Director award. She dedicated it to American soldiers fighting overseas.

Upon winning the award, her ex-husband, James Cameron (director of two Terminator films, Aliens and Titanic), was one of the first to congratulate her. He too was in the running for Best Director with Avatar.

Zero Dark Thirty, Bigelow’s follow up film, was nominated for five awards at the 2013 Academy Awards. It only won Best Sound Editing.

No other women have been nominated for Best Director since Bigelow’s win. Hollywood statistics have shown that opportunities for women to direct films has increased since 1980, but it is still a male dominated industry. Out of a study of the 250 highest-grossing films of 2016, only 7% were directed by women. That’s 2% down from the previous year. Big budget films can be directed by women, and perform beyond expectations, as Patty Jenkins proved with Wonder Woman. Other notable American female directors include: Penny Marshall (Big), Penelope Spheeris (Wayne’s World), Mimi Leder (Deep Impact) and Vicky Jenson (Shrek). 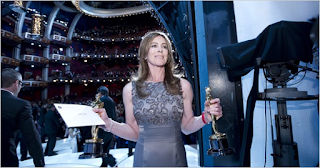