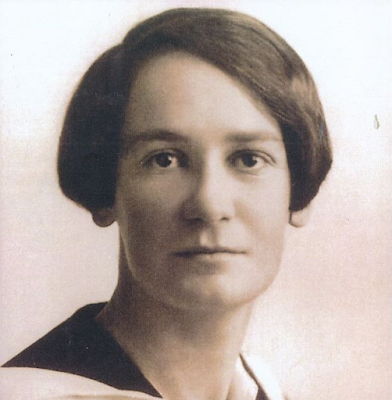 Scientist Dorothy Hill was was hugely influential in Australian geology. She was a crucial part in the first major studies of the Great Barrier Reef and was the first woman to become a professor at an Australian university. A lot of her work took place at the University of Queensland (UQ). The Engineering and Science Library there was named in her honour.


Hill was born on September 10th, 1907, to Robert Sampson Hill and Sarah Jane Kington. She was the third oldest of seven children and grew up near Brisbane. Hill excelled in school and had ambitions of becoming a medical researcher when she was older. Teachers noted her natural intelligence and drive. Brisbane Girls’ Grammar School, Hill was awarded the Phyllis Hobbs Memorial Prize for English and History.

As high school came to an end, Hill contemplated what she wanted to do for the rest of her life. The only medical degrees offered in Australia at the time were in Sydney and Melbourne. Her parents always supported her education, but there simply wasn’t enough money to send her to either city. Fortunately, Hill gained a scholarship at the University of Queensland and enrolled in a Chemistry degree.

However, Hill found Chemistry bland and instead gravitated towards Geology. A lot of her interest in the subject was largely thanks to an inspiring professor, H. C. Richards. The two clicked from the start, and Richards soon became Hill’s mentor. In 1928, Hill graduated with First Class Honours and a Gold Medal for Outstanding Merit. Her first published science paper was on coral formations in the Brisbane Valley. She spent a few days collecting samples near Mundubbera on horseback and roughing it in a tent.

Hill also had an interest in sport and competed in several competitions. She enjoyed athletics (with a special fondness for hurdles) and played hockey in university. Hill was even a member of the Queensland Women’s Hockey Team at one stage. Even in her later years, she was still passionate about sport and served as president for a variety of student sporting organisations.

After completing her undergrad at UQ, Hill won another scholarship and moved to the United Kingdom to undertake her post-graduate studies. She worked in the Geology department at the University of Cambridge. During her time there, Hill was successful in identifying and cataloguing many new coral species found in Scotland.

After seven years of living overseas, a position opened at UQ and, Hill returned to Australia. She balanced her time between teaching lectures, her own geological investigations, and other science work for the CSIRO (the Commonwealth Scientific and Industrial Research Organisation). Hill was an integral part of the geology team at UQ, who all worked under Richards. She was meticulous and dedicated. In 1941, the annual report stated the entire department collected 2,157 specimens to Hill’s 1,002.

During World War II, Hill enlisted in the Woman’s Royal Australian Navy Service. She worked in cyphering and coding. Her training took place in Sydney and Adelaide. She eventually became a Third Officer and had many responsibilities in Operations. The Navy took up 80 to 90 hours of her week, but she continued her geology work where possible. 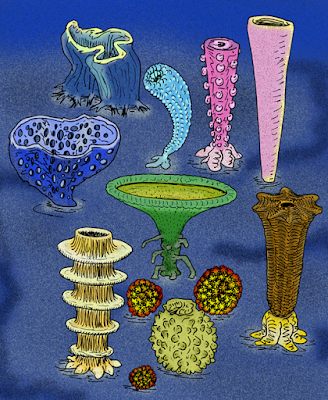 In the late 1940s, Hill made some important discoveries about Archaeocyatha fossils (extinct sea ‘cups’) that were unearthed in Antarctica. Most of the early work on the fossils was carried out by Russian scientists, and she knew enough of the language to make her own conclusions.
Hill used techniques she had perfected from her coral work to create  3D images of the organisms. Over the years, she continued to be involved in Archaeocyatha findings. hill wrote many scientific papers on the creatures, including a detailed history volume that was published in 1972.

Hill was also a part of the Great Barrier Reef Committee, which carried out the first true scientific explorations of the reef. She generated interest in the venture and raised money for the project. From 1945-1955, Hill was the organisation’s secretary and helped establish the research outpost on Heron Island.

Between 1971 and 1972, Hill was President of the Professorial Board at the University of Queensland Q before retiring. For the next 15 years, though, she walked every day from her home to the university’s library to continue her work. Her daily walks kept her fit, and her kindness was famous throughout the campus. Hill died on April 23rd, 1997.

During her life, Hill published over 100 science papers. The Dorothy Hill Medal has been awarded to Australian female researchers in the Earth Sciences since 2002. The Research Vessel D Hill was named in her honour. In 2018, Google debuted a caricature of Hill on her birthday. Hill’s contributions to Australian geology, palaeontology and stratigraphy have been unparalleled by anyone else in the country’s history.