We Need More Women and POC in the Film Industry

September 19, 2019
If you've ever seen The Princess Diaries, you’ll be familiar with the scene where Mia transforms into the Princess of Genovia. She straightens her hair and takes off her glasses, and suddenly she’s beautiful and popular. You might not think it’s a big deal, but these tropes were and are damaging to a lot of children, particularly those like me, who look more like the first version of Mia. 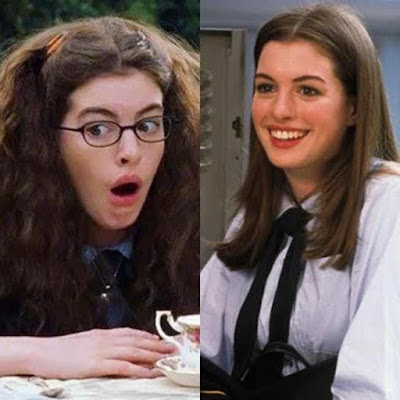 Image Description: two freeze frames from The Princess Diaries (2001). The left shows Mia before her makeover, with frizzy hair, glasses and an unattractive facial expression. The right shows Mia after her makeover with straight hair, no glasses and a straight-teethed smile.

When I first started school, I was the only non-white child. All of my classmates asked me why I was brown and made up their own derogatory racial slurs for me.

Films have so much influence over young people, and it’s important for those behind the camera to start realizing how much impact they have on our lives. With just a slightly more colourful cast, and more women behind the scenes, so many problems could be solved. It sounds so easy. So why hasn’t it been done?

My initial thought was it must have been racism and sexism from the past that led to such a white male-dominated industry. These few years have been a revolution for equality with the #MeToo movement. Surely, we’ve come a long way, right?

Actually, we haven’t. The highest-grossing film 100 years ago was called “Mickey”, and it had a Native American woman named Minnie Devereux as one of the major characters. Obviously, she experienced severe discrimination and was nicknamed ‘Indian Minnie’. But, she was credited and achieved some degree of fame in her own right.

Fifty years ago, the highest-grossing film was “2001: A Space Odyssey”, which was even more backward. There were no coloured characters, and most of the main women were uncredited.

You would think that nowadays, things would be more equal. Last year, the highest-grossing film was “Avengers: Infinity War”, and I personally think the coloured representation was very good. About 37% of the major characters were non-white, which is roughly equal to the ethnic population in the US (source: Statistical Atlas). However, only 5 out of the 19 major characters were women, despite the fact that we make up half the population.

In terms of overall coloured representation, we’ve come quite far, but for women things have barely changed. And even with this, hardly any female roles in Hollywood go to WOC. An example of this prejudice is the remake of Aladdin (2019), in which Naomi Scott played the role of Princess Jasmine. The casting choice has been subject to significant criticism, as Scott is only of half-Indian heritage, while some people claim the role should have gone to an Arabic or Middle Eastern actress (which we are in no shortage of).

And things are even worse behind the scenes. Recently, a panel of judges ranked the top 40 directors of our time in the Guardian newspaper. Even though things aren’t the best for women in the industry, I expected maybe 10 of them to be female, at the very least.

Only 1 woman made the list. And she was ranked 37th. 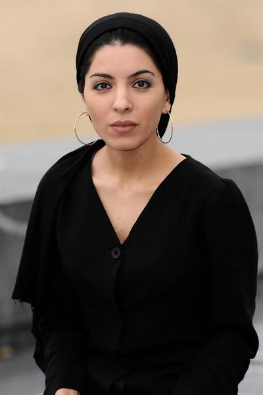 Image Description: Samira Makhmalbaf, ranked 37th on the Guardian’s director list. She is wearing a long-sleeved black V-neck and a black headscarf, with hoop earrings.

You might say ‘it’s all based on talent’ or ‘it’s just because fewer women want to be directors’, but this isn’t true. A documentary called ‘Half the Picture’ perfectly illustrates the lack of opportunities for women, and how difficult it is for them to get funding or show their films in festivals, in comparison to men.

The other main problem in the film industry is the wage gap. I’ve heard a lot of anti-feminist manifestos about how it’s a myth, but the scandal in the BBC proves otherwise. Hundreds of women came out about how they are paid less than half their male counterparts. A quote from one national reporter said, ‘When I asked for pay gap to be corrected the line manager told me “the BBC doesn’t do equal pay”, and that in raising the issue I was being “aggressive”.’

These issues are the reason women can’t get important, well-paid jobs in media, and the only excuse is blind prejudice.

Recently, there has been a breakthrough in equality in film. “Crazy Rich Asians” and “Black Panther” received an astounding amount of praise, being the first English-speaking films to showcase specific ethnic groups as the main focus.

“Wonder Woman,” on the other hand, shows how unwilling some men still are to accept women as strong, independent heroines who have a purpose other than sex appeal. It received ignorant comments such as ‘why isn’t she in the kitchen’, and men were enraged that the heroine was more engaged in fighting than flaunting her body. The director, Patty Jenkins, is also a perfect example of what women can achieve when given the opportunity.

A good example of the success of diversity and female empowerment in film is Disney. Their films have progressed from white, blonde leads who depend entirely on men, such as Cinderella, to strong, independent coloured characters such as Moana. Children are fascinated by these newer films, which are just as popular as the older ones, proving Disney sacrificed nothing by showcasing ethnic groups and empowering women.

If these films had been around when I was little, I wouldn’t have suffered the racial prejudice and narrow gender stereotypes that dominated my childhood. The white children would have understood different ethnicities and the need to respect everyone.

I’m not suggesting all films should be like “Black Panther”. But it’s not difficult to incorporate a little more colour into a storyline. The only time a film has an ethnic main protagonist is when the storyline centres around being non-white. These types of films don’t target the audience that really need to see it. There is also no logical argument to keeping women underpaid and under-hired.

With a few changes in attitudes, the film industry could be revolutionised and we would see a significant step towards equality.