STEMinist – The Case of the Indian Woman


The more I travel and work in various cities and countries, encountering difficulties as a mechanical engineer in a male-dominated industry, the more I am aware of my privilege growing up in a feminist Indian family. At 12 years old, when I had only recently moved out of India, wanting to be an engineer seemed anything but unusual. Of course, it was convenient for me that most parents in India are obsessed with pushing their children towards STEM-based careers. Girls often outperform boys to bag the coveted 1st rank in the highly publicized senior board exam results, with impossibly perfect grades in mathematics and science. 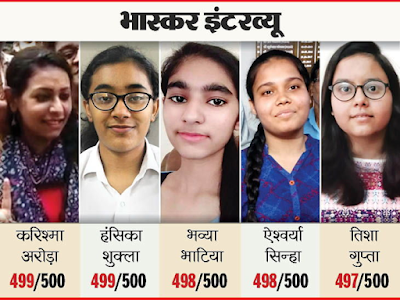 1: The toppers of Central Board of Secondary Education final 12th grade exams in 2019, with their grades

As I stepped out of India and met the rest of the world, I found myself more and more alone in classes and then workplaces. Research at Open University found that 35% of specialist technology roles in India are filled by women, compared to 17% in the UK. I found one statistic particularly interesting about the UK: a study found that 42% of undergraduate students in mathematics are women. However, only 6% of mathematics professors are female. In the US, only 26% of computing jobs, which were entirely dominated by women until the 70s (before men decided it wasn’t a lowly job anymore) are held by women. Almost all the female engineers I personally know are of Indian origin. And, almost 91% of Indian women attribute their career choices to their personal and cultural background.

What is India doing so differently from the developed world? I attribute the push towards science and technology in India, and perhaps in many other developing countries, to the high status of engineers, doctors and scientists in our society. Electricians and mechanics are not granted that level of societal status (or pay) in India, so you won’t find many women pushed to do those jobs. Besides, India has a 5000-year-old history of scientific pioneers, even if they were mostly male, and Indians have had no lack of motivation. CV Raman, Homi Bhabha, and Satyendra Nath Bose are commonly quoted examples of famous scientists. Therefore, there are fewer negative stereotypes pertaining to anyone studying STEM fields.

But more importantly, India is a developing country, with 1.3 billion people and fierce competition at every stage of life. Tech jobs famously pay well, so it makes sense people would gravitate towards them. Taking note of this fact, the education sector collaborates with industries very well to maximize their yield of successful professionals. Tech companies like Wipro, Infosys, and Cognizant hire literally hundreds of students from each reputed college every year, ensuring a very high density of women in entry-level tech positions. Besides, India holds the R&D offices of almost every major company in the world, with concentrations in cities like Bangalore and Pune. My General Electric office campus in Bangalore alone boasted 5000 employees in 2014.

As the idea of treating daughters like sons slowly gains popularity in the country, lower-income families are even more inclined to push their daughters towards science, engineering, and mathematics. A tech job can be an entire societal status upgrade. More students in science and mathematics means that the academic cutoffs for the most reputed engineering and science colleges in India have become unrealistic. Delhi University, for instance, has often required its applicants to obtain a perfect 100% marks in school to qualify for admission. Even then, the fight for a coveted spot is unbelievable. Consequently, the number of small engineering colleges in rural parts of India have shot up drastically over the last few decades.

It’s interesting to me that the more gender-equal countries have lower numbers of women in STEM fields than developing countries. Algeria, United Arab Emirates and Qatar do not rank high on gender equality, and their women comprise between 35 to 40% of the graduating classes in STEM departments. Compare these statistics to, say, Scandinavian countries, where the numbers are fewer than 25%,even though they are considered much more gender-equal.  Latin America reports 45% of scientific researchers are women, where the global average is 29%. Women in developing countries can look at a STEM career as a way of securing economic stability.

Here’s the thing, though: gender inequality is rampant in the workplace everywhere. The ideal woman is still first a wife and a mother, then anything else. She represents her family, and therefore her presence is mandatory in all cultural and religious events. Men and women are still getting paid significantly differently. This pay gap, combined with the bias they face at work from colleagues, gives women less incentive to take on the double burden of the home and the workplace. A study conducted at the University of California found that 76% of the female engineers in India had to prove their worth repeatedly to earn the same level of respect as their male colleagues. There is a narrower range of acceptable behavior for women and visible discrimination against mothers. So, unsurprisingly, a Kelly Global Workforce Insights survey shows that Indian women commonly drop out of the workforce during major life changes, especially once they have a baby, and once they reach close to mid-management levels. 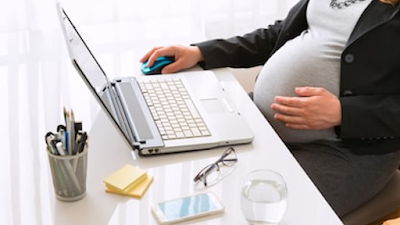 While the solution for the low numbers of women in STEM globally is obviously not gender inequality, this close look at Indian women in STEM proves that it is not difficult to have better female representation in universities and entry- to mid-level jobs. It also shows us that we could achieve so much more by improving treatment of women in STEM workplaces everywhere in the world. Imagine retaining the entirety of the 50% of women hired to entry-level positions from colleges. Representation is important; we need more female world leaders in science and technology. And we need to help women get there.

Alicia Kowaltowski, a professor of biochemistry at the University of Sao Paolo, admits that she has seen improvement in conditions ever since the university implemented six-month paid maternity leave for women. Such simple changes in the workplace can mean that a missed grant deadline does not need to end the career of a woman in academia. Women should not have to fight each other for that “one token woman” spot in teams or quit work to be a mother just because her life will be purposely made that much harder if she doesn’t. The future doesn’t have to be so far.