Book Review: 'How to be a Woman' by Caitlin Moran

October 14, 2020
The first time I ever heard Caitlin Moran’s ‘How to Be A Woman’ mentioned was in the postscript of Holly Bourne’s ‘Am I Normal Yet?’ – the book that was my gateway into feminism. It was funny and relatable to me as a young teenager, and managed to deal with the delicate topics of mental illness and misogyny in a way that kept me turning pages. Bourne says that Moran’s work ‘really did change [her] life’ in regards to feminism, so I was super excited to read it when I found it in a bookstore. Yet, it turned out to be different from what I was expecting. 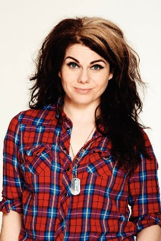