I was away this past weekend and not tuned in at all to the news or social media. I have just now begun reading the details of the Brock Turner case. In light of the shocking statements being made by his supporters, all of whom have chosen to ignore the impact on the victim and focus only on how Brock’s life has been altered–as though he had nothing to do with his downfall–I am sharing something I wrote about rape myths.
In this piece I reference the Steubenville rape case from 2012, which bears many similarities to the current case: star athletes get drunk and sexually assault an unconscious woman who remembers nothing until the details of the crime committed against her are made public, for all the world to see. In both cases the athletes’ supporters defended them as “good guys” whose  lives have been devastated–again, as though they were not the authors of their own demise. Writing about Steubenville at that time, I harboured hopes that the publicity surrounding that case would provide a valuable lesson, resulting in fewer such crimes in the future. Given that Turner did almost exactly what the boys in Steubenville did, it is clear that those lessons were too easily forgotten, not only by him but also by friends and family who fail to see their golden boy’s actions as a crime, and the judge who sentenced him to just six months in a county jail.
Rape myths are at the heart of the denial seen in this story, which has resulted in the light sentence and some highly tone deaf responses from Turner’s supporters: his dad, who referred to the crime as “20 minutes of action,” and his friend who said that political correctness led to Turner being labelled a rapist, since his behaviour was just a huge misunderstanding caused by excessive drinking.
It is unacceptable to have crimes like Turner’s dismissed as “not real rape.” Talking about rape myths will open people’s eyes to what the crime and its perpetrators really look like so there can be no doubt when another case like this comes to light, as it inevitably will.
This excerpt is from my recent book. I am sharing it not for promotional purposes but, rather, to shine a light on rape myths and the damage they do. (Note that this section of the book speaks specifically about male aggression toward females. I discuss male victims of sexual harassment and assault in another area of the book.) Here is the introduction. To read the entire excerpt, please download the PDF below.
…Portrayals of sex in many of the media favoured by many boys are based in a man demonstrating his constant need for sex and his entitlement to get it any way he likes. He, the dominant player, calls the shots and uses her, the sexual object, as he sees fit.
This reduction of women to a sexual role can have a profound impact on boys and young men, creating a fixation on women’s sexual activities, linking women’s attractiveness to their ability to look and act “hot,” and promoting the idea that women are “sexual playthings” who are always eager to fulfill men’s wishes.
Sexual objectification can also open the door to aggressive behaviours. In fact, studies have shown links between objectifying and stereotyped media portrayals and various types of sexual aggression:
In short, many of the sexual narratives in teen media reinforce the worst stereotypes about male sexuality and blur the line between what constitutes “normal” guy behaviour and criminal acts. In this grey area many misconceptions about sexual relationships emerge, with rape myths perhaps the most damaging…
Download the PDF of the full excerpt here: Boys, Sex & Media–Rape Myths
ABOUT THE AUTHOR 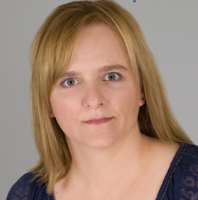