I definitely want to get something straight for all of you reading this: advocating feminism means standing up for equal rights among the genders. Equal possibilities, equal payment, equal treatment. Equality in all fields of life.

Feminism is not rage or hate towards men. It has always incorporated the necessary respect for men as they are also considered human beings just like women. People are so scared of this 'F word' and many feel threatened by the movement as it is spreading worldwide.

These opponents of feminism can be divided into groups based on their wishes. As far as women are concerned they can freely decide whether they want to build a career, want to be successful entrepreneurs and do business or, if they wish, to stay at home with their children, or both. On the other hand, on the side of the men the ideas are quite different, because they are the ones oppressing women for centuries. They are either for or against equality.

In this day and age women should be allowed to work as much as men and get equal payment, but there is still ~25% difference between the salaries of the genders. What men should, in fact, realise is that women are not threats. There are plenty of them living as single mothers working more jobs and still cooking at home and taking care of their child – multifunctional, if you ask me.
The reason why men, who are against this movement, stick to this mindset is that they feel threatened and intimidated by these women. 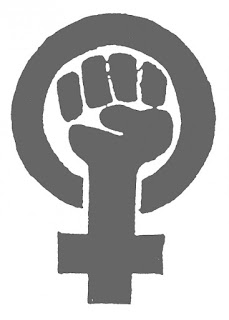 Just consider this: men and women are both working, earning the same amount of money and the women can still have time to cook at home or if she doesn’t feel like cooking one day they can still order something or eat out – since they have the money from both sides, but naturally men are also allowed to cook. Would it actually harm anyone?

However, the answer is not somebody, but something. It is the ego of men. Women have always been considered to be the ’weaker gender’, to be fragile, but why exactly is that?

Both used to work on farms, in industry, in agriculture, on the fields, in the computer section. During wars, while men were fighting on the battlefields, it was the women who kept up the good work in the factories, in manufacturing. The world has already experienced what it is like having women in all fields of work. In a way, it can be attributed to the fact that the during this time, countries were left helpless without a workforce, so women had to do the work – and how brilliantly! So why not give women the chance to do this for longer period of time, for the same wages?

The aforementioned ego is the monster. Men are too proud to admit that it would be beneficial for the whole world if all of us were equal. Pragmatic Sanction with Maria Theresa?* Constantly attacked. A woman in the parliament? Disaster. Because these are threats. Men trying to oppress feminism are those who could not (or do not wish to) be multifunctional – cook, work, raise a child - that is why they need women for cooking and children only. These men hardly dare ask for help from friends or family, but to admit that women have the same rights in this world, that we were all born free into – this is beyond them. And the sense of superiority lingers while tearing the human beauties of this world down.

I must turn your attention to other men as well; let’s not forget those who acknowledge the greatness of women, who have experienced how much they are capable of achieving. Language exams, caring and loving, degrees, warm homes, CEOs, delicious meals, diplomas, smart children, simultaneously working more jobs and raising tiny humans – and they still have time to be the gorgeous creatures they have always been. Men supporting this ideal, thank you. YOU along with the strong women are the future dismantlers of this patriarchal society.

* When Charles III was the last male Habsburg he wanted to secure the throne of the Habsburg Empire for his daughter, Maria Theresa and after several debates the Pragmatic Sanction was accepted in 1722-23, which included the succession of the female line. She did become queen, but several male members of both the Habsburg dynasty and other relatives claimed the throne.

About the author: "My name is Dorka, I am a Hungarian feminist who is concerned about politics and equal rights. Studying at Corvinus University of Budapest, playing music, spreading strength."
double standards feminism feminist Hungary sexism