Vroom, Vroom!: An Investigation of the History of Women Behind the Wheel

March 28, 2019
A few months ago, at the age of 27, I finally attained my provisional driver’s licence. I could never have anticipated the newfound freedom, independence and confidence I found behind the wheel of my little red ‘P’ plate car. This experience prompted me to consider the history of women drivers.
As a teenager and young adult, I spent countless hours pouring over public transport schedules, just to spend even more time sitting on a crowded train or boiling bus, which would inevitably arrive 45 minutes earlier than my work shift time or appointment. When public transport was not viable, I depended on my parents, boyfriends or friends to drive me. And, even with all this effort, I still racked up a weekly uber bill that almost matched my rent!

Occasionally, I found myself in situations where I felt awkward or even afraid. But I could not leave immediately, as I needed to arrange a lift in order to do so. I felt like I had to laugh along at jokes about my lack of driver’s licence or justify myself with excuses. Over time, my anxiety increased exponentially, until the concept of driving became an overwhelming and terrifying shadow lurking over me. Eventually, I decided to believe in my capabilities as a confident young woman. I overcame my fear, in an ultimately feminist act, and took control of my life by signing up for driving lessons. 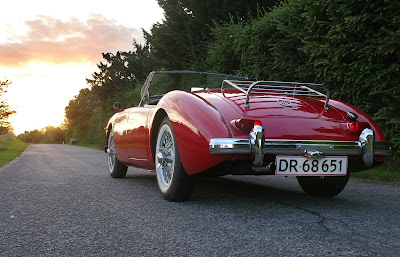 Image Description: Photo of a bright red convertible car from behind. The camera is angled slightly upwards and to the right. The driver, who is not visible in the photo, is driving on a paved road towards the sunset. On either side of the road is a hedge of greenery. The license plate reads DR 68651.

Historically, women were discouraged from driving by their fathers and husbands, as it was considered unladylike and inappropriate. A 1937 USA survey of young people living on farms in Missouri found 35% of girls learned to drive compared to 72% of boys. Early feminists, including suffragettes and trailblazers, embraced the automobile. They used them to congregate at meetings and travel to lobby members of parliament on their own terms. However, female car ownership was, and in many instances still is, restricted to wealthy and predominately white women.

In the 1960s and 70s, Joan Didion famously drove across the USA, interviewing prominent figures such as the Manson girls and The Doors. She describes her journey in her classic journalist essay series The White Album. Didon considered driving an opportunity for solitude and pensiveness culminating in a greater self-awareness and creativity. She explains, “The freeway experience ... is the only secular communion Los Angeles has … Actual participation requires total surrender, a concentration so intense as to seem a kind of narcosis, a rapture-of-the-freeway. The mind goes clean. The rhythm takes over.” Similarly, writer and actor Abbi Jacobson detailed in 2018 her independent cross-country drive in her biographical book I Might Regret This: Essays, Drawings, Vulnerabilities and Other Stuff. She considered it an attempt to find herself and rebuild her sense of autonomy post-heartbreak. 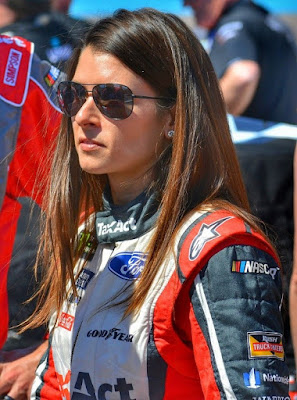 Image Description: Photo of Danica Patrick at the 2017 Camping World 500. The photo is taken from her left-hand side and shows her profiled face and upper body. She is wearing a NASCAR sponsored jacket, which is white and bright orange with dark grey sleeves. Her hair is straight, brown and reaches the top of her chest. She is wearing black, aviator sunglasses and silver, stud earrings. She is looking off camera and her facial expression is neutral.

Women have also faced many barriers and prejudices regarding professional race car driving. Racing has consistently been a male-dominated sport, even though it stands to reason the gender of the drivers would not dictate their skill levels. In 1958, Maria Teresa de Filippis competed as a Formula One racer, only to be told by the race director, “the only helmet that a woman should use is at the hairdresser.” This week’s Formula One Grand Prix in Melbourne hosted a Women Driving Leadership panel featuring leading women in motorsport. However, there were no female drivers competing in the races.

National Association for Stock Car Auto Racing (NASCAR) racer Danica Patrick is a world champion and, according to Forbes, the third highest paid female athlete in 2018. Yet, she still receives constant criticism that her presence in the field is a “publicity stunt.” Usually, women’s place at racing events has been limited to sexualised roles such as promotional models or pinup girls. Perhaps, due to similar stereotypes, women mechanics still account for only 10% of the workforce in the UK, even if this number consequently rose within the past years.

Image Description: A cartoon promoting the Women2Drive campaign, c. 2011. It is a yellow “SLOW” road sign with a black border. Instead of the word “SLOW,” though, there is a cartoon image showing the front of a black car with #WOMEN2DRIVE written across it in stenciled, yellow lettering. A person wearing a full headscarf is behind the wheel. Their face is visible as a yellow oval with two black dots for eyes. They are holding their left hand out the window and flashing the peace sign.

In addition, women’s rights to drive were recently in the spotlight. Saudi Arabia only just lifted a ban on women drivers in June 2018, after almost three decades of tireless campaigning by women’s rights activists. Manal Al-Shariff started the Women2Drive online movement and was arrested for driving in protest in 2011. She described the importance of women’s driving as essential for personal safety, as well as full participation in employment and society.

Currently, there are growing concerns about activist Loujain Al-Hathloul, who, despite the ban lift, is currently still imprisoned for attempting to drive from the United Arab Emirates to Saudi Arabi. Amnesty International alleges she has experienced torture and sexual abuse while imprisoned. Academics are pushing for Al-Hathloul to become a Nobel Prize nominee as “a young person who wants nothing more than to see half of her country have the same legal rights as the other half.” 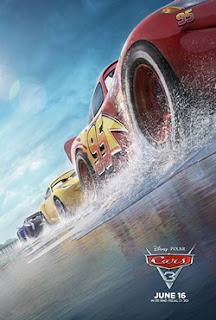 Image Description: A marketing poster for the film “Cars 3” by Disney Pixar. It shows Lightning McQueen, as viewed from below left, driving through shallow water. He is followed by a yellow and dark blue car. The water is disturbed where the wheels touch it, as though the cars are moving very quickly. Above them, you can see only a bright blue sky. In the bottom right corner is the Cars 3 logo. “Disney Pixar” is written above it and the release date, “June 16” is written below.

As a preschool teacher, I have certainly noticed an increase in young girls demonstrating an interest in cars. The other day, a blonde, blue-eyed, 4-year-old girl expressed with excitement “a Bugatti is fast and a Maserati, that’s fast too.” Many children, regardless of gender, are fascinated by professional race car driving courtesy of the popularity of Pixar’s Cars trilogy. We can only hope times are changing and the next generation can embrace driving with equal opportunity for all.