March 07, 2019
“You don’t LOOK like a feminist”. I can’t tell you the number of times I’ve heard this particular adage. Mostly it comes from men, but you might be surprised how often it comes from other women. The most recent occurrence got me thinking - in this day and age, what exactly does a feminist look like?

Feminism and conventional femininity have long had a tenuous relationship and for good reason. During the second wave of feminism in the 1960s, women largely rejected “traditional” femininity. Such a reaction was understandable given the restrictive morals governing women’s behaviour in the decades prior. These morals continued the age-old trend of placing high value on rigid standards of personal appearance. What a woman looked like was more important than who she was and what she was capable of.

Feminism, quite rightly, reacted strongly to these standards, resulting in the much-pared-down fashion styles of the sixties and seventies. With the rise of third-wave feminism in the image-conscious 1990s, these lines became blurred. The question as to what exactly a modern feminist should look like became a more pressing issue.

Image Description: A photo of a person's legs from the mid-thighs down. They are standing in front of a rusted-metal background and the floor is cobbled stone. The person's right leg is crossed over their left. They are wearing straight-leg blue jeans which are cuffed at the ankles and pink and white converse-like shoes.

Could you be a feminist and wear makeup? High heels? The color pink? The demarcations became unclear. And they remain a contentious issue that continues to plague feminist discourse to this day. These questions are completely understandable. After all, many of the standards of “traditional” femininity were born from systemic patriarchy and catered to the male gaze more than women’s comfort. But, whereas some women find empowerment in reclaiming standards they once had no control over, others completely reject these standards.

In a perfect world, both options would be treated with equal respect and appreciation by feminists and the public at large. Unfortunately, we still live in a patriarchy, however hard we’re working to dismantle it! That means the way a woman presents herself continues to play a large part in how she is treated. In other words, the decision to appear outwardly feminine (or not) has ramifications. If you’re a woman with a professional job, especially if it's directly customer or client facing, you are often expected to put more effort into your appearance than a male counterpart. For example, women are expected to wear makeup, style their hair a specific way, or wear high heels.

Image Description: A photo of two people walking across what appears to be a parking lot towards the camera. Their faces are cut off around the middle and the photo stops at their knees. On the left is a person with a light brown beard and mustache, wearing a white button-up shirt, red tie, navy suit jacket, black belt and dark grey trousers. They are holding a black briefcase in their right hand and their left hand is in their pocket. On the right is a person wearing a fitted, dark grey suit jacket and matching pencil skirt with a white under-shirt. They are also wearing red lipstick and a decorative, gold necklace. Both of their hands are at their sides.

For many women, adopting these standards is merely a way to secure even footing with their male counterparts. But such unspoken rules regarding one’s appearance also puts women who choose to reject them in a difficult position. As a result, many of these women consider performative femininity a problem to overcome rather than a respectful lifestyle choice.

Like I said, complex, right? But I think we need to break this issue down to its bare necessities to truly understand it. Specifically, we must ask what feminism is at its heart. Feminism is believing both sexes should have equal rights and treatment. That’s it. There’s no code of conduct, no disqualifying factors and certainly no uniform required. Everything else is just semantics - and what they often come down to are differing points of view.

Let’s take makeup, for example. For some, makeup represents an outdated social norm they no longer feel obligated to adhere to. And that’s perfectly fine. But for others, makeup represents creativity. It adds colour and whimsy to their day-in-day-out routine. Again, totally okay. The same applies to clothing. For some, following fashion trends is allowing a toxic industry to dictate how you should or shouldn’t look to be desirable or feel beautiful. For others, fashion is about expressing themselves and bringing colour and creativity into what otherwise is the very utilitarian concept of covering your essential bits in public. 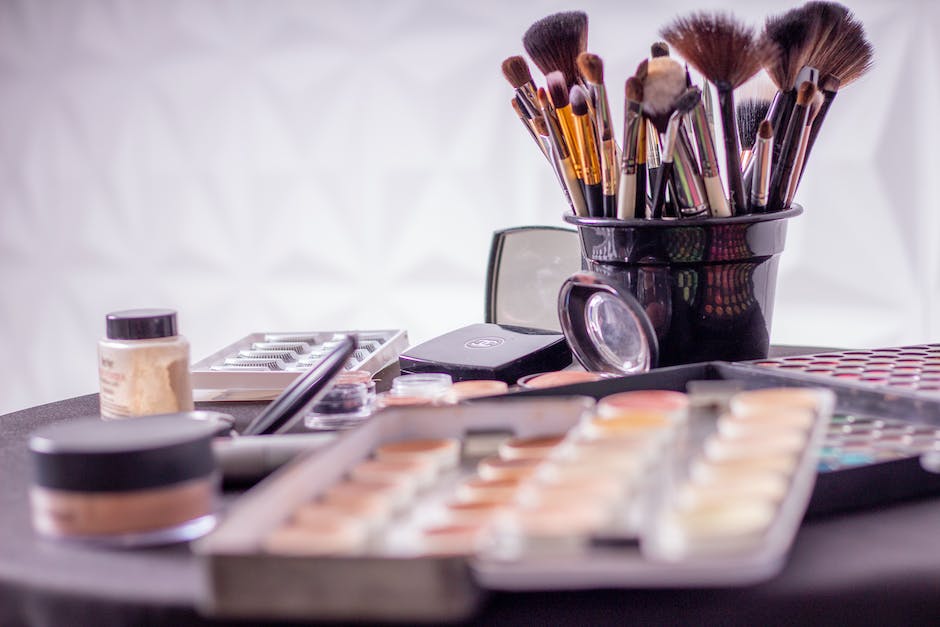 Image Description: A photo of a round table filled with make-up in front of a white backdrop. In the top right corner of the frame is a black pot filled with an array of make-up brushes in clear focus. There are two compact blushes and two large eyeshadow palettes in front of the pot. They are less focused. In the bottom left corner is a jar of liquid foundation and loose powder which are not in focus at all.

You can dissect nearly every choice women make about their personal appearance in this way. But what it really comes down to is the ability to choose. If you are a feminist and you believe men and women should be equal, then you believe no one has a right to determine what anyone should do with their body. That includes whether they choose to shave or not, use makeup, style their hair, wear pearls or piercings. Anyone can be a feminist because feminism is what you do and what you believe, not what you look like.

So, next time you see someone whose physical interpretation of being a feminist is different than yours, just remember: their choices do not reflect on or diminish your own. The entire goal of feminism is to bring women together to accomplish a common goal. The more we allow trivial differences to divide us, the further we are from achieving our goal. Lift up other women instead of finding reasons to tear them down. In this way, we can help each other climb to the top - whether it’s in glittery stilettos or a pair of combat boots.